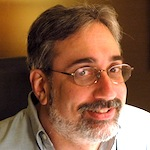 My name is Rich Freedman.

I've been developing software professionally for over 25 years, initially in C and C++, and have been specializing in Java development since the early days of version 1.2, web development for about as long as the web has been in existence (remember archie, veronica, and gopher?), and have now been doing mobile (mostly native Android) development for several years.

I'm an M.V.B. (Most Valuable Blogger) at dzone.com, which means that some of my posts here show up on DZone as well. I also occasionally guest-post on Chariot's blog

The majority of the content here is likely to be about software (mostly Java), Linux and OS X, but I like to cook, so you’ll also find the occasional recipe here as well.